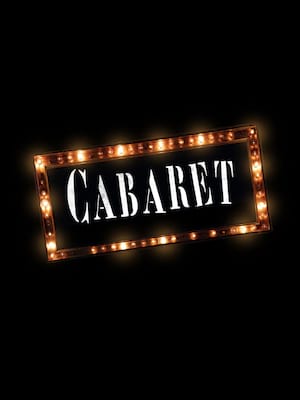 Leave your troubles outside. . . . In here, life is beautiful.

In here, life is beautiful!

Head down to your local theatre for this season's production of Kander and Ebb's legendary 1966 Broadway classic, Cabaret! It's time to leave your troubles at the door, and walk into the beautiful life of Cabaret. With a fabulous score including 'Wilkommen','The Money Song' and 'Tomorrow Belongs to Me' and a wealth of salacious performances, Cabaret is one of the most exciting pieces of musical theatre, teaching us about the fleeting nature of our reality - and how to enjoy it while it lasts.

First appearing on The Great White Way in 1966, Cabaret is based on writer Christopher Isherwood's time in the bohemian clubs of Berlin in the early 1930s. With decadence and sexual exploration being the first orders of business, Cabaret tells the story of one Sally Bowles, a daring femme fatale in training, and her new room-mate, the shy runaway Cliff. On a mission to experience every sight and sound, Cliff follows Sally to the Kit Kat Klub, a seedy underground cabaret club presided over by the all-knowing Emcee.

But whilst the night goes on forever inside, the music is not loud enough to cover the ever-growing voice of fascism, as Nazi ideals seep into the city, and eventually the club itself.

This production is not suitable for children under the age of 13.

Seen Cabaret? Loved it? Hated it?

Sound good to you? Share this page on social media and let your friends know about Cabaret at Croswell Opera House.