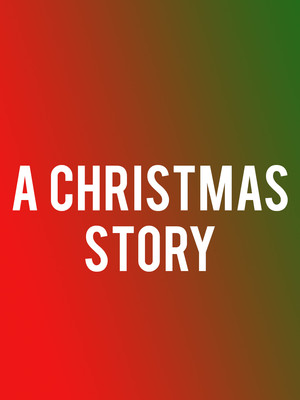 An unexpectedly delightful holiday musical with a slew of sprightly songs.

Why See A Christmas Story?

Ralphie Parker's one Christmas wish is pretty simple - he wants an air gun. And he's going to make sure he gets it! A Christmas Story is based on the beloved 1983 movie, directed by Bob Clark, and with lyrics by the Tony-winning writers of Dear Evan Hansen, which has become a perennial holiday classic. Adapted faithfully for the stage by Joseph Robinette, the funny and witty songs are provided by the songwriting duo of Benj Pasek and Justin Paul, whose compositions figured prominently on the NBC show Smash. Sure to appeal to all the family, this musical is a whimsical, nostalgic portrait of 1940s America and a stone-cold holiday classic. Why watch it on TV when you can see it live?

The original Broadway production of A Christmas story debuted in 2012 and was nominated for three Tony Awards. Now its 's turn to experience the magic (and amusement!) with this fantastic local production!

What is A Christmas Story About?

Ralphie Parker wants only one thing for Christmas: An Official Red Ryder Carbine-Action 200-shot Range Model Air Rifle. His parents are not so keen on the idea, afraid that "You'll shoot your eye out!" But Ralphie is nothing but determined, and he's got a few tricks up his sleeve to make sure his dream comes true! Some of the obstacles lying in his way include the neighbour's dogs, his annoying younger brother and an unfortunate slip of the tongue that results in some literal soap in the mouth.

Suitable for audiences of all ages and a great night at the theater for families!

Around two hours and 30 minutes long including one intermission

I will start by admitting that I have never seen the Christmas story... more

Thought this was for kids only. Boy was I wrong. Unbelievable, Dan Lauria... more

Sound good to you? Share this page on social media and let your friends know about A Christmas Story at Croswell Opera House.